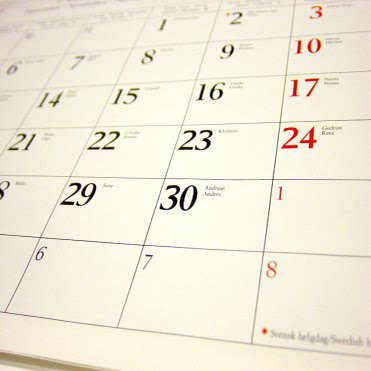 "No the year dammit ... TELL ME THE YEAR!"
...
"Oh God no ... I've gone back too far, I'll never stop it now! We're doomed I tell you all of us DOOMED!"
Then I'd grab fistfuls of hair (if I had enough hair to form fistfuls) and run off madly into the street. I've always wanted to run up to someone and do that. Maybe not at a police station or in a psych ward, but y'know, somewhere.
I mention this deranged fantasy to say that the date is important! A friend recently sent me a link to an article for which he wanted an opinion as to the quality of the technical information it contained. It seemed pretty good to me, but I wanted to check the date to make sure it was current as well. However as I've seen on a disturbingly increasing number of articles there was no publishing date, not even in the URL. All the comments on the posting were deserving of datestamps, but the article itself apparently hadn't yet reached this exalted level of worthiness.
Billy G once wrote:
"Silicon doesn't wear out; microchips were effectively immortal. The Wig took notice of the fact. Like every other child of his age, however, he knew that silicon became obsolete, which was worse than wearing out; this fact was a grim and accepted constant for the Wig, like death or taxes ..."
The very same is true of information, probably more so because it's one of the few things that changes faster than silicon. So writers out there I implore you, if your ideas are worth reading then they're worth putting a date on! Besides, maybe you're the first person to dream up whatever you're putting on the page. If you can't point to a date and say "I thought this up first", how will you ever sue someone for a ho-jillion dollars and retire to Fiji?
(Tuesday Sept 15, 2009)
(1:58pm)

i wanna mash the mashups

Here's a theoretical scenario. Let's say that last week I missed a friend and co-workers going away party due…

Just a quick update; I've been getting a fair bit of Japanese comment spam lately (I'm lookin at you…