Everyone has an opinion about what software to install after refreshing your OS, top x lists abound for the curious.  At some point a while back though I realized that after patches and security updates, the first thing I do now is set up my cloud.  I re-install all my bookmarklets, re-save all my passwords in my browsers, install notifiers for my services, etc.  I recently had the experience of reconnecting my home to the net after we decided to spend some time apart to think about what we really wanted.  It's been a couple weeks of sweet thirst quenching digital Tron water at the homestead and while my software is updated to the bleeding edge, my cloud still needs munging.

Which I've really spent some time thinking about as I soaked up the many and varied reactions to facebook's API announcements, Tim's thoughts on the the net as a platform, and then todays story on ReadWriteWeb about a group of NYU students building "the anti-facebook". "The privacy aware, personally controlled, do-it-all distributed open source social network".  It reminded me of an article I found one day when I googled the title of this post and found this write up from February 2008 about using CMS plugins as endpoints for a distributed social network. This seems far closer to the stack based approach to software development that modern computing is founded on, and certainly closer to the "Don't fight the internet" way of doing things that so many are striving for. 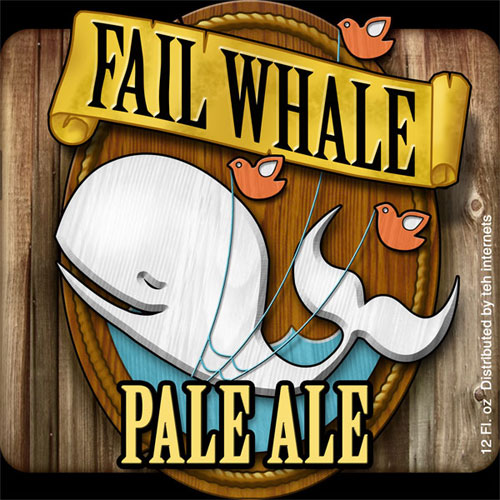 Many of the overloaded web apps of today could be unburdoned by self-hosted, finely controlled, open standards based plugins of tomorrow.  Now I don't mean to say that things like Gowalla, Facebook, and Twitter should roll over and play dead, they will always have their place.  But there is certainly room to fill in the cracks.  After all that's what the internet does best, keeping a myriad of disparate computing environments talking through standardized channels.

I look forward to the day when I hand someone a business card that simply reads 'phrostuff.ca' and they need only punch that into a smartphone to programmatically friend me, phone me, email me, or check out pics, videos, or my opinion of The Dark Knight all based on how much I tell my endpoint to share with them.

in no particular orderI heard the phrase "drinking the Tron Water" used to describe using a net connection.  …

nevermind who we represent

I have stumbled upon the cheapest quit smoking crutch ever sold.  Lollipops suckah!  Think it's funny?  …