I left Joel and Tammy's place just outside Winnipeg last Sunday and yesterday I arrived in Regina, that's 641km in a week, much closer to my goal of 100km / day and I'm pleased with that. I haven't stopped to see much in that week but I have met some interesting characters, including a couple touring cyclists. One fellow who specializes in the roads less travelled was on his NINTH crossing of Canada and let me photograph his highlighted map of routes he's cycled. Pretty impressive. 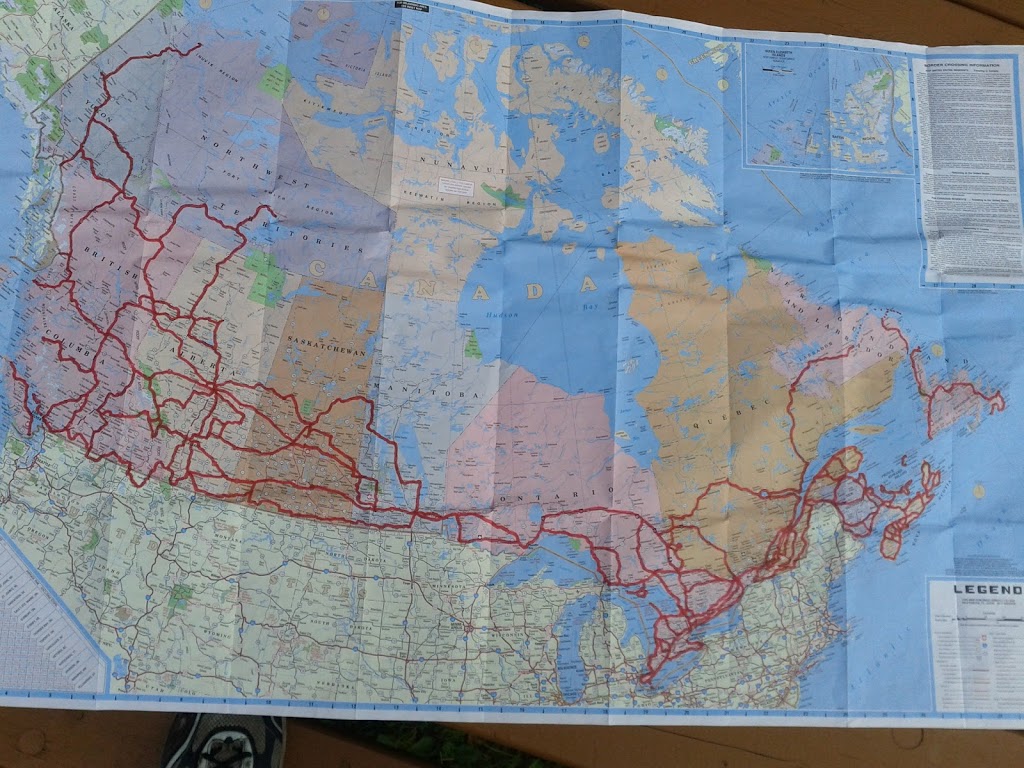 I also met this guy at the information center as I crossed into Saskatchewan. His English wasn't great but it was better than my Japanese. Not sure what the face is about, I wasn't trying to scare the crap out of him but that's how it looks. He's on his way to Toronto so if you see him on the road pass with care, he spooks easily! 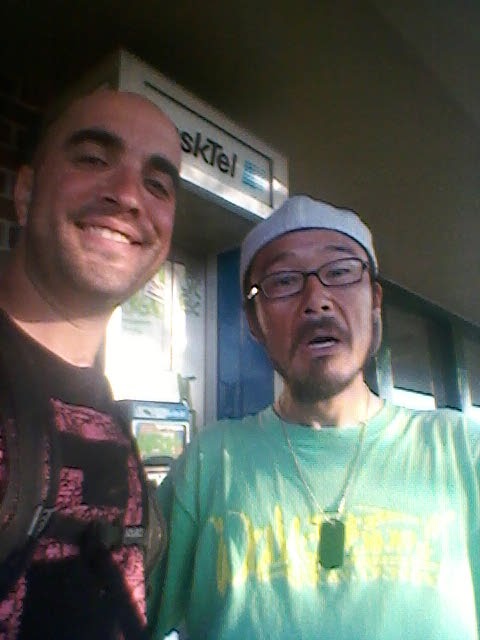 I'm going to hang out here for a couple days and see what I can get up to before pushing on again. Oh and thanks to Jen for reminding me about the meteor shower Saturday night, I was up late watching them stream in in a small town just East of here and really enjoyed the show.