A friend who studies psychology once told me a story about a lecture she attended on the topic of cognitive biases (if that's a new term for you, don't bother finishing this post, read the wikipedia entry right now). I don't recall the specifics, but I think they might have been discussing bias blindspots. The prof was describing how when presented with a generalization about people, an individual may agree that it applies to others but not themselves, using different mental evaluation processes for the two. A student piped up at that moment and said "Yes! My friends do that all the time, I feel like I'm the only one who doesn't!".

Those with an appreciation for irony enjoyed a laugh at her expense and the lecturer carried on.

Today I read this article on PhysOrg and found it interesting but not amusing, until I reached the comments section. The article discusses the research of a woman who "has worked with teens for more than 20 years, conducting hundreds of interviews with boys from 11 to 18" and in so doing reports that as young men become adults they "feel pressure to show their independence and emotional stoicism".

The very first comment which I am all but certain comes from a man reads: "I'll bet that this lady also writes the '100 ways to please your man' articles for those teen magazines. You know, the kind of articles that have no real idea of what they are actually talking about. I always laugh when I hear about a woman claiming to have unraveled the mystery that is man."

I wish I had a witty closer for this, but I'll have to let this Ferrousy speak for itself. 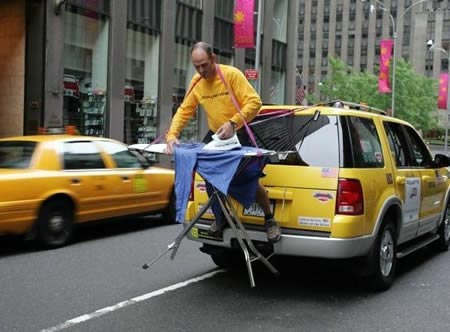 Yeah you read it right.Yesterday my dad and I were making our tipsy way home after watching the…

my system for managing passwords

The perils of password reuse, though known since time immemorial, have been making headlines lately. I would guess that…