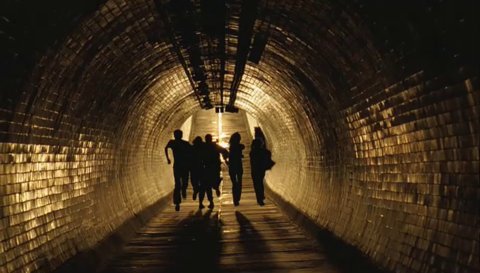 Right so I can't really call 'em zombies or undead since 28 Weeks Later is set to feature the same infected humans that scared the crap outta me in the original 28 Days Later. This fact doesn't stop me referring to the original as my favorite zombie film of all time however, nor will it staunch my anticipation of the hungry undead retribution to be wrought in the May 11th sequel.

The bit that really caught my eye was some talk of an upcoming graphic novel to be released at the end of this month. Its been ages since I made my way to y'olde silver snail with something other than a gift on my shopping list, methinks I'll treat myself.

Oh yeah and if Mad Max 4, Fallout 3, and the Escape From New York remake ever get released then my post apocalyptic fiction nirvana shall be complete!

ironic in the morissette kinda way

the patron saint of boozing

Someone told me recently that more people go out for drinks on Paddy's than for New Years Eve. I…